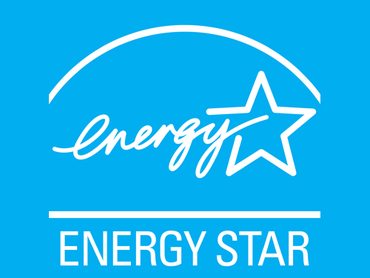 White Plains, N.Y., March 5th, 2013 - The U.S. Environmental Protection Agency (EPA) has recognized PepsiCo with a 2013 ENERGY STAR Partner of the Year - Sustained Excellence Award for their continued leadership in protecting our environment through superior energy efficiency. PepsiCo's accomplishments will be recognized at an awards ceremony in Washington, D.C. on March 26, 2013.

PepsiCo, an ENERGY STAR partner since 2006, will be honored for the 8th consecutive year for its long-term commitment to energy efficiency. After more than a decade, the cumulative effects of PepsiCo's resource conservation program have resulted in an improvement in energy efficiency of more than 30%. Further, PepsiCo avoided the emissions of over 490,000 metric tons of greenhouse gasses in 2012, which is equivalent to the energy consumption of over 40,000 American single-family homes and over 90,000 passenger vehicles.

Across the U.S., top companies and organizations are leading the way toward a more energy-efficient future through their participation in ENERGY STAR.

Over the last 20 years, with help from ENERGY STAR, American families and businesses have saved more than $230 billion on utility bills and prevented more than 1.8 billion metric tons of greenhouse gas emissions.

"As part of our Performance with Purpose strategy, PepsiCo is constantly focused on finding innovative ways to reduce our operating costs and minimize our impact on the environment through energy conservation," said Rob Meyers, Director Environmental Sustainability, PepsiCo. "We've made great strides by implementing energy efficient solutions across our global operations, and we believe we can build on our progress to achieve even greater savings in the future."

"EPA is recognizing PepsiCo for earning EPA's highest ENERGY STAR award - the 2013 Partner of the Year - Sustained Excellence Award," said Bob Perciasepe, Acting Administrator, U.S. Environmental Protection Agency. "PepsiCo leads the field with their commitment to energy efficiency and demonstrates how all Americans can save energy, save money, and create a healthier environment."

The 2013 Partner of the Year - Sustained Excellence Awards are given to a select group of organizations that have exhibited outstanding leadership year after year. These winners have reduced greenhouse gas emissions by setting and achieving aggressive goals, and employing innovative energy efficiency approaches. These awards recognize ongoing leadership across the ENERGY STAR program, including energy-efficient products, services, new homes, and buildings in the commercial, industrial, and public sectors. Award winners are selected from the nearly 20,000 organizations that participate in the ENERGY STAR program.